The Sound of Music: the hills are alive again 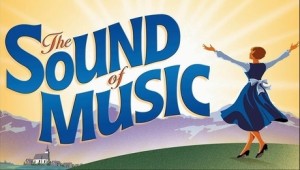 Marking 60 years since the musical’s creation, York Stage Musicals (under the direction of Nik Briggs) bring the hills alive again with The Sound of Music at the Grand Opera House.

Joanne Theaker leads the cast as Maria, with a powerful voice that aids the rebellious and generous-natured would-be nun in filling the Von Trapp family’s days with music. Her chemistry with the charming Von Trapp children (team So La Ti Do on this particular performance) creates a warm family dynamic and emphasises the genuine friendship that builds between the children and their governess. Maria and Louise Henry’s Liesel particularly build a rapport that blooms into a believable maternal relationship.

Maria’s influence over Captain Von Trapp (Cal O’Connell) is also touching, as his straight-backed disciplined parenting relaxes into genuine expressions of affection. Despite his emotional metamorphosis his political stance on the encroaching Nazi military never wavers, his moral strength a constant throughout.

The set design is minimal, with a single bed or desk transforming the stage from the terrace of the Von Trapp Villa to the spare interior of the mountainside Abbey. Aided by subtle but effective lighting, which can bathe the stage in an Austrian sunset or plunge the villa into darkness, the smallest set changes become completely transformative.

Bookending the musical, Rowan Kitchen’s Mother Abbess holds scene-stealing gravitas during her solo and choral performances. The harmonies of the Nonnberg Abbey nuns are beautiful and uplifting, ending the show with a number that is both solemn but hopeful.

York Stage Musicals’ The Sound of Music is an effective adaptation of Roger’s and Hammerstein’s original, which showcases some of the spectacular musical talent that resides in York. The show plays at Grand Opera House York until Saturday 20th April – get your tickets here.