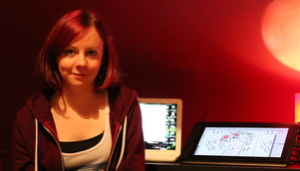 Ellen Stubbings is getting ready to exhibit at Thought Bubble.

Whether it’s art exhibitions, commissions or design contracts, York illustrator Ellen Stubbings has got it covered.

At the moment, she is preparing to exhibit at the comic art convention Thought Bubble, which runs from November 9th until the 16th in Leeds. On top of that, she’s been taking commissions and managing the stresses of being a full time self employed illustrator. It seems she has come a long way from when Arts York first interviewed her.

Speaking about the transition, she said: “It’s pretty fun. When I finished uni I felt it was exciting, I didn’t know what I was going to end up doing. It just felt like there were so many possibilties.”

She is particularly interested in children’s books but also creates gifts for people and has written and illustrated comics. In fact, it was the latter that got her involved in Thought Bubble.

“I originally applied as part of a group for the comic called Super Something but because of Lee [her brother] going to Japan it’s kind of not ready so I just decided to do half a table with my own comics,” she said.

Getting ready for Thought Bubble

Ellen heard in October that she would be exhibiting at Thought Bubble, giving her only around one month to get her work together. Nevertheless, she says “I think I’m handling it”. 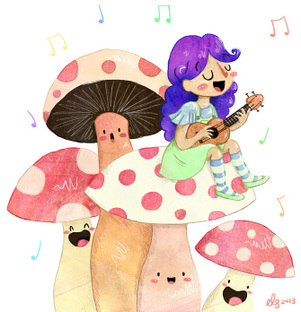 For Ellen, Thought Bubble is an opportunity to network, “not just for getting clients and work opportunities, it’s also nice to meet other people who do the same thing you do. You can get pretty good advice. People relate to you a bit better and to your stresses.”

On top of that, Ellen is represented by the US-based company The Prospect Agency, working under an agent named Teresa Kietlinski who specialises in children’s book illustrations.

When asked whether being based in York has an impact on her work, Ellen said: “Even if you live on an isolated island you can do it if you have internet.”

The real challenges Ellen faces lie in ensuring whether or not she gets paid. One issue she has faced is that people sometimes do not want to pay because being an illustrator is fun. Another is that some have asked her to work for free in exchange for exposure, which Ellen says should not be taken up as it devalues the industry.

She spoke of websites that offer graphics and illustrations at a particularly low price, to which she said “you aren’t going to get decent work and you’re putting hard working artists out of business.”

‘Have the belief that you are going to get somewhere’

Rejections can be an issue but Ellen says that new illustrators should not be discouraged by these instances: “It does take a while and you really have to have the belief that you are going to get somewhere otherwise you may just end up giving up.”

“Rejections can falter your perception of your art but I think you just have to remember the hours that you spend and the effort that goes into it when you’re asking for a price for your piece of work. Don’t be afraid to ask for what you think is the right amount. Don’t go lower. And also just try to avoid people that are going to scam you.” 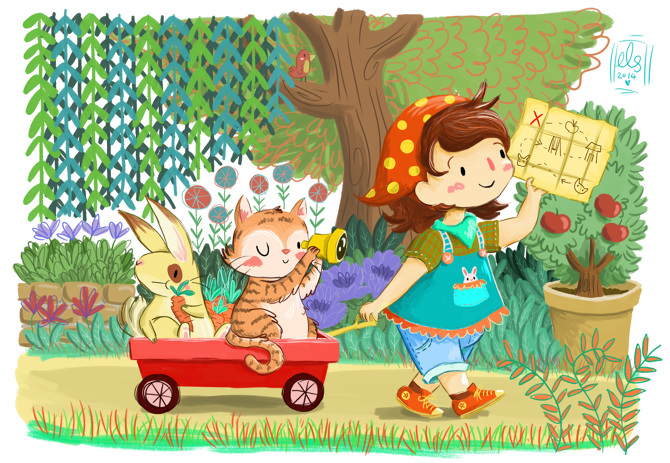 One Response to Ellen Stubbings: Illustrator and comic book artist