Get ready for York Mystery Plays 2012 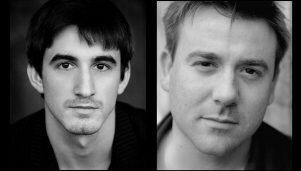 Theatre enthusiasts take note. This year’s York Mystery Plays are set to be the biggest outdoor theatre production in the country.

From August 2 to the 27, the play cycle that is so ingrained into York’s history will be held in the ruins of St Mary’s Abbey in the Museum Gardens. It’ll be on a purpose built stage with covered seating for 1,400 people.

This year’s production has been in the making since 2010. “It has been two years of making sure this moment is right” said Lee Clark, in charge of press enquiries for the Plays.

With 1,700 volunteers and many local businesses getting involved, the Plays have proved to be a large scale community project.

Students at York College have been getting involved too in such areas as prop making, media make up and costume design.

Their Best Of Yorkshire pre-show entertainment also continues to offer opportunities for local performers to showcase their acts. 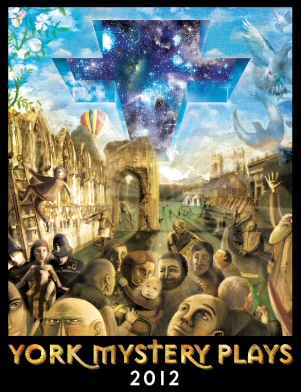 The York Mystery Plays date back to the middle ages and are one of four surviving mystery play cycles.

They tell the history of the world according to the Bible, from creation to the last judgement.

The script for this year’s performance was adapted by playwright Mike Kenny who also adapted The Railway Children for York Theatre Royal and National Railway Museum.

They were revived in 1951 as part of the Festival of Britain and have recurred regularly ever since either on wagons or at venues such as the York Minster and the Theatre Royal.

For the first time since 1988 the plays will be staged in the ruins of St Mary’s Abbey. This was also the setting for the 1951 production.

Starring alongside the 500 strong cast will be Ferdinand Kingsley as God and Jesus and Graeme Hawley as Satan.

Ferdinand Kingsley has previously performed with the National Theatre and the Royal Shakespeare Company in London.

He’s also taken to the screen in The Last Legion and the BBC’s Vincent Van Gogh: Painted With Words.

Graeme Hawley is widely known for his role as John Stape in Coronation Street, for which he was nominated British Villain of the Year at the British Soap Awards in 2009 and 2011.

His other television credits include A Touch of Frost, Shameless and Emmerdale among others. He has also acted for the Manchester Library Theatre and the Manchester Royal Exchange Theatre.

Lee Clark called Kingsley and Hawley “the final piece in the puzzle”. He said “They are incredible actors so they should both put on a great display.”

Alongside the plays, Yorkshire based amateur and professional acts are being asked to perform as part of the pre-show entertainment programme.

Best of Yorkshire is not only open to actors but also to singers, dancers and and all kinds of perfomers.

One Response to Get ready for York Mystery Plays 2012