What does SLAP have in store? 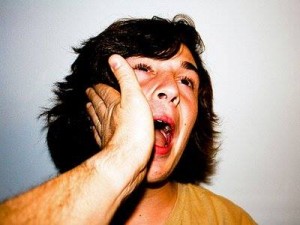 The next few months are set to see a varied set of events presented by live arts initiative SLAP, combining performing arts players from in and around York.

From a public exhibition prepared from scratch over a 48 hour period, to a set of solo performances and a community forum event, SLAP will be drawing in creative types from in and around York.

The company recently gained a large amount of funding from Arts Council England, which will help them get the next four events under way.

First up is SLAPover on November 1st, for which SLAP are sending a group of artists into Salt+Powell’s studio space for 48 hours to build the public exhibition.

Speaking about the event, marketing manager for SLAP Pete Wise said: “As ever, we’re hoping to see some truly original and idiosyncratic work. The artists taking part will all be staying together in a gallery space for 48 hours, so hopefully we’ll see the influence of that environment, whether that comes across as collaborative or claustrophobic.”

Next will be SLAPsolo on November 12th at De Grey Rooms, which features individual performances from Hannah Buckley, Nathan Birkinshaw, Margarita Elliot and Sophie Unwin. It will be running as part of the TakeOver Festival 2014 at York Theatre Royal on December 10th.

SLAP united in December 2013 with a view to bringing creative performers to York, giving the city regular live events.

Over that time, the company has managed to bring an international contemporary dance prize to a nightclub, an avant-garde performance into a disused office space and a so-called ‘performance art jukebox’ to the white cube art gallery According to McGee.

Sophie Unwin, co-founder and project manager for SLAP, explained that the company aims to put York on a par with cities like Leeds, London and Manchester where performing arts is concerned. She said that with the help of the funding they have received from the Art Council, they are now one step closer.

When asked what York had that attracted SLAP, Pete said: “Opportunity. There are loads of factors that define the profile of a city’s cultural scene, but the most important by far are the creativity and enterprise of the people who live here. The true York is whatever we make it.”

SLAP will be marking its first birthday on December 10th with SLAPpy New Year, an event that covers guerilla performance art and public participation.

Its last event of the year is a creative community forum called SLAPchat, which takes place on December 19th.

For sure, the company has some varied projects coming up this year, but how do they think up and decide on events? Pete offered some insight: “We’re keen for each event to be very distinct from other SLAP events that have preceded it, so we tend to consider where we are, then think in the opposite direction. This generally takes place in the pub.”

To find out more or discover opportunities to get involved with SLAP, visit their website.