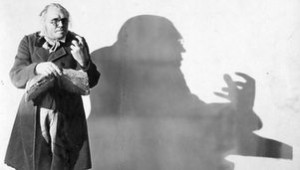 City Screen has a few horror classics lined up for Hallowe’en.

Watching horror films while chewing on popcorn is one of the ways that people tend to gather together to enjoy Hallowe’en, so of course City Screen is on top of that. With the screening of two cult classics and two theatre productions, there’s a bit to do if you’re not taking to the streets dressed as a vampire or witch.

The Cabinet of Dr Caligari

What was described by acclaimed film critic Roger Ebert as “the first true horror film” will be the first in this series of horror screenings. It is playing on October 26th at 13:00. The Cabinet of Dr Caligari is a silent German Expressionist film directed by Robert Weine from a screenplay by Hans Janowitz and Carl Mayer. It is presented through the eyes of a man named Francis who recounts a visit to the fair with his friend, Alan, and love interest, Jane. At the fair they meet Dr Caligari and a somnambulist called Cesare. Alan asks how long he has to live and Cesare says “until dawn”. Sure enough, Alan is murdered and Cesare is the main suspect.

For a more recent horror classic, the director’s cut of The Exorcist is showing on October 31st at 21:00. Directed by William Friedkin, The Exorcist is widely thought to be one of the scariest films ever made. It follows an apparently normal girl named Regan whose body is possessed by the Devil. Priests Lankester Merrin and Damien Karras are drafted in to free her. The director’s cut promises an extra ten minutes of footage that includes more unsettling effects.

Benedict Cumberbatch fans might be interested in the National Theatre’s live broadcast of Frankenstein. He stars alongside Trainspotting actor Jonny Lee Miller in a version of the Gothic horror story directed by Danny Boyle. In the showing on October 30th at 20:15, Cumberbatch plays The Creature while Miller takes up the role of Victor Frankenstein. They then switch parts in the showing on November 3rd at 16:00.