Vivienne Westwood on panel for How to Change the World premiere 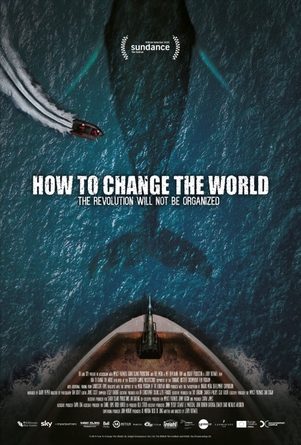 How to Change the World live premiere comes to City Screen on 9th September.

How to Change the World, a film documenting the birth and beginnings of the Greenpeace movement comes to City Screen for a live premiere and panel discussion. Greenpeace supporter Vivienne Westwood and the film’s director Jerry Rothwell are among the names on the panel.

How to Change the World documents the humble beginnings of the now internationally operating Greenpeace group and some of their first movements to change the world, starting when the mismatched group of activists attempted to stop Nixon’s atomic bomb tests in Alaska.

The film draws on previously unseen footage taken by the very first members of the group, as well as interviews with some of the group’s main members. It is framed by the first person narrative of Bob Hunter, the charismatic journalist whose task it was to rile up the dramatically different personalities in order to work towards a single goal. We see the relationships between the members, as well as the actions they undertook, in a personal and intimate manner thanks to Hunter’s writing and that unique footage captured by early Greenpeace members.

How to Change the World spans eight years of brave and effective action by Greenpeace, documenting lessons learned and relationships tested. It is a film which not only shows the structural assembly of an internationally impactful movement, but also those experiences of key individuals and the trials and tribulations felt on a more personal level.

Following the film, there will be a live panel discussion broadcast by satellite to City Screen York featuring Bob Hunter’s daughter Emily Hunter, Greenpeace supporter Vivienne Westwood, director Jerry Rothwell and other special guests. The panel will be hosted by journalist and television presenter Mariella Frostrup.

The multi-award winning film How to Change the World premieres on Wednesday 9th September at 8pm and will be screened at City Screen York.