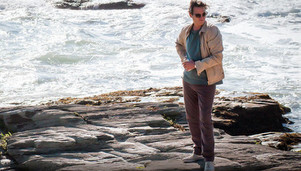 Irrational Man, the new film from Woody Allen, is coming to City Screen in York for a special preview.

Woody Allen is one of those rare filmmakers whose every release still sparks interest. Following the likes of Blue Jasmine and Midnight in Paris, he has been on something of hot streak of late. Continuing his trend of releasing a film a year, Irrational Man is his one for 2015.

Irrational Man sees Allen returning to his classic creative stomping ground of a troubled intellectual, played Joaquin Phoenix, being stirred back to life by a younger woman – in this case, it’s one of his students, played by Emma Stone. For the first time, Allen is collaborating with Joaquin Phoenix as the latter takes up the role of anti-hero Abe Lucas.

This philosophy professor is a former hell-raising anarchist in the middle of an existential crisis, who rediscovers his dark side in a grizzly manner. While in a diner with Stone’s character, Jill, Abe overhears a conversation that inspires him to commit a crime that he thinks will make the world slightly fairer.

Other cast members include Parker Posey, who plays science professor Rita. She, too, has a casual relationship with Abe.

The preview of the film is due to show at City Screen in York on August 31st.