Things to do on Residents’ Weekend 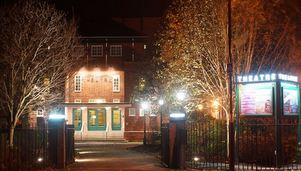 It’s that time of year when the residents of York get the chance to see the city at discounted prices, or for free, while local creative people come together to show off what they do.

Yes, there’s a lot to see on Resident’s Weekend, so here’s Arts York’s pick of some of the things worth taking a look at on January 31st and February 1st.

‘Behind the scenes’ tour of Joseph Rowntree Theatre

The Joseph Rowntree Theatre is one of York’s steadfast venues for performing arts. For this weekend, free guided tours are on offer around the volunteer-run theatre. Between 10am and 3pm, people will get to see the dressing rooms and other backstage areas that are usually hidden from the public.

While they are there, they can learn about the different roles that people take up when staging a live production, such as the stage manager and the spotlight director. Visitors will also learn such facts as how the scenery for larger productions is stored.

Managing director Dan Shrimpton said: “The Joseph Rowntree Theatre is a real hub for amateur performers from throughout the city and beyond, with many of the groups that perform here – including the Rowntree Players, Flying Ducks Youth Theatre, New Earswick Musical Society and York Musical Theatre Company – regularly looking for new members.”

Each tour is run on the hour and there is no need to book places.

When York gained status as a UNESCO City of Media Arts, it felt as though it was finally getting global recognition for the creativity its locals have to offer.

On January 31st, there will be an Open Day at the De Grey Rooms to showcase some of the creativity that helped York gain this status. It includes 30 minute talks and digital installations.

Among the people leading talks are sales and marketing director Tim Leigh of Stage One, the company who worked on such innovate projects as the Olympic cauldron and the Serpentine Gallery Pavilion. The Olympic Cauldron Petals will also be on display.

Curator of art at York Art Gallery, Jennifer Alexander, will be talking about the transformation that this building has undergone after an £8 million redevelopment.

Expect a number of other activities, including pop up cinema, and get to hear from a number of media artists and filmmakers from York.

Whoops! is a black comedy feature film that was thought up, written, filmed and produced in York by MilesTone Films and Heavy Elephant Productions.

It follows a Northern family known as the Clements who lead ordinary lives except for the fact that Rose Clements, the mother, keeps accidentally murdering people. Her husband, Dave, is tasked with covering up the bodies.

Whoops! has been screened all over the place outside York, having premiered at Raindance Film Festival before going on tour across Vue cinemas during the summer. It has also been screened at Univercine film festival in Nantes and NXNE Festival in Toronto.