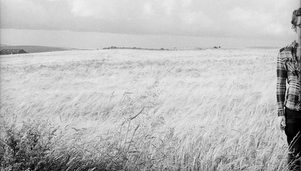 Chalk is coming to The Basement on February 7th.

Brighton-based Chalk will be bringing lo-fi folk to York next month. But who is Chalk and what’s the story?

The brains behind the machine is Steven Stride and his project has been described as “the sound of a thousand cigarettes in an empty room,” as well as “a full-blown window to purgatory.”

He released an album as Chalk towards the end of 2014. This record, titled How to Become a Recluse, is currently up on Bandcamp to buy in digital album or CD form. It’s available on cassette too for those who still have a cassette player or just a yearning for the past.

The album has a number of dark themes. Speaking about the inspiration for the record, Steven explained: “All the songs fit under the umbrella “reasons to not exist”. The things that really get to me that come with being alive. Some of the rough themes for the songs were murder, rape, depression, anxiety, love, money. Also I’m very hyper-vigilant, way too aware of everything going on around me at all times. It’s exhausting. But there is a fine line between that and just being paranoid. I think these were the rough ideas when going into writing this album.”

Among the musical influences that have inspired Chalk are The Paper Chase, XTC, Modest Mouse, Elliot Smith and Brand New. There could be many more. Steven explains that a lot of bands and artists have influenced him musically but adds “its hard for me to think if they are a direct influences to the way my music sounds or I just like them.”

Touring and bringing together a live band

Steven has a little help when it comes to recording and playing live. Alexander Petersen, who is part of the post-rock group yndi halda and post-hardcore act Vincent Vocoder Voice, plays bass and keyboard live for Chalk. Steven’s brother Michael plays live drums and also recorded all songs but one on the album.

The first band Steven was in was with Michael, who he says “is a sick drummer, just a nightmare that he doesn’t live in Brighton”.

Steven previously toured with Alex when he was in the band Crooked Mountain, Crooked Sea and Alex was in Amateurs. Later, Steven joined Amateurs and the name was changed to Love Among the Mannequins.

Despite his experience of touring, Steven is modest about it. When asked what advice he would give to bands just starting out, he said “I am not in any position to give anyone advice about anything.”

Steven has not yet played beyond Brighton with Chalk and adds that York will be the furthest he has gone with the project so far.

“These are the struggles that come with attempting to make music and pay the bills, no bloody time. Or money,” he says.

His tours have not brought him to York yet before and he says that he is looking forward to coming to the city.

Chalk will be playing at The Basement on February 7th and will be supported by lo-fi York act Oh Poor Watcher.