Things Found and Made: An exhibition of exploration 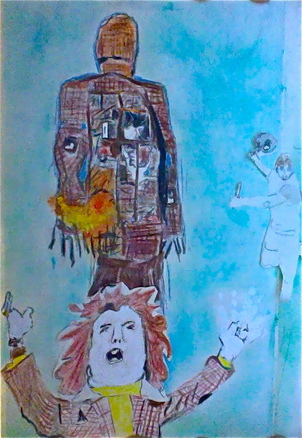 Things Found and Made comes to The Fleeting Arms on 13th October.

A collection of unusual findings, with images, sounds, stories and exploration, comes to The Fleeting Arms in Dunmada’s Things Found and Made exhibition.

The exhibition is intended to connect a variety of things, which have either been found or made, through feelings of sharing, questioning or exploring angles that may have been overlooked. It is intended to appeal to fans of film, music, stories, science, paintings, myths and photos. There will also be a Just In section, which will be updated during the exhibition with new findings and investigations.

Dunmada explains: “Discover the hidden layers and meanings within films, music, paintings, and rummage through worlds, the other, science, stories and alternative thinking. Some found and some made, explored and presented to enlighten any nooks and blur any crannies.”

Dunmada said: “All my work is connected with a freedom of expression and an equality of all creativity, a return to what it truly is, beyond any constructed hierarchies, something to open up doors and insights and invite wondering and discovery.”

Things Found and Made comes to The Fleeting Arms on 13th October and is open ended. Entry is free.