The Calls come to York 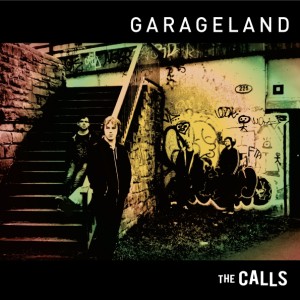 The Calls’ Garageland EP was released in mid-March.

Leeds-based rockers The Calls are calling into York with Hull’s The Raywells and York’s own Alistair Griffin.

The Calls are currently touring their new Garageland EP. They launched it at Leeds Beckett University Student Union in mid-March and are soon set to perform at Kardomah 94 in Hull and The Exchange in Keighley, as well as York.

They released their debut double A-side single The Waterfront/Dreams Of Yesterday during October, which was produced by Kieron Melling of The Fall. Garageland EP was released on 18th March and was produced by Mickey Dale of Embrace.

Supporting them is Hull’s The Raywell’s. This band formed in the late 90s and developed a strong following in their home town and beyond, getting regular appearances on BBC TV and radio, ITV and Sky. They went on tour in California before going on hiatus. Now frontman Lee Pedge, or Pedgie, is back with a new line-up made up of Rob Taylor, James Dixon and Pat Gradwell.

Alistair Griffin will also be playing, who also recently released a new EP; Eye of The Beholder. He went on a UK tour in February, playing cities such as London, Glasgow, Bristol and Manchester. He will be kicking off the night with his 30-minute indie set.

The Calls, The Raywells and Alistair Griffin play The Basement on 30th March. Tickets are £5.

Tagged Alistair Griffin, The Basement, The Calls, The Raywells. Bookmark the permalink.