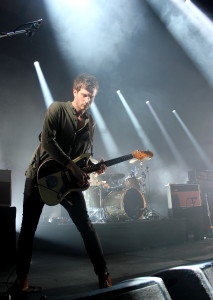 The atmosphere was electric when Wolf Alice, one of music’s biggest rising stars, descended on York.

It was the first time the North London four-piece had come to the city, having racked up a fanbase through lots of airplay, magazine mentions and by turning heads at festival slots and gigs. So, when they stopped off at York Barbican while touring their debut album, My Love Is Cool, they had already built up anticipation among fans excited to see a band of this calibre in their hometown.

Wolf Alice assumed the stage is an almost business-like manner, no over the top showmanship, just a straight up sense of “let’s play this show now”.

Musically, they sound like a wonderful fusion of old and new. Tracks like Moaning Lisa Smile, have hints of 90s grunge with an anthemic rock side, while ones like Freazy are more upbeat and in line with current pop. All were given a distinctive, soothing edge by Ellie Rowsell’s voice – and occasionally guitarist Joff Oddie’s and drummer Joel Amey’s.

The Barbican felt like a fitting setting for Wolf Alice. Its heightened capacity compared to other venues in York lends itself to the band’s big sound and the feeling that they are kind of an ‘it’ band, while still retaining a sense of intimacy that will be harder to get as they continue to gain popularity. However, the stage was a little low, making it tricky for people in the standing section to see properly – and making them feel like the shortest person at the gig.

In terms of stage presence, each member had a different style and approach. Oddie was energetic and seemingly eccentric in his movements, which, as an audience member, gives encouragement to bop along to the music. While bassist Theo Ellis was more down to earth but still seemingly into the music – but whatever he did, you could help but stare at and admire his glitter eye makeup. 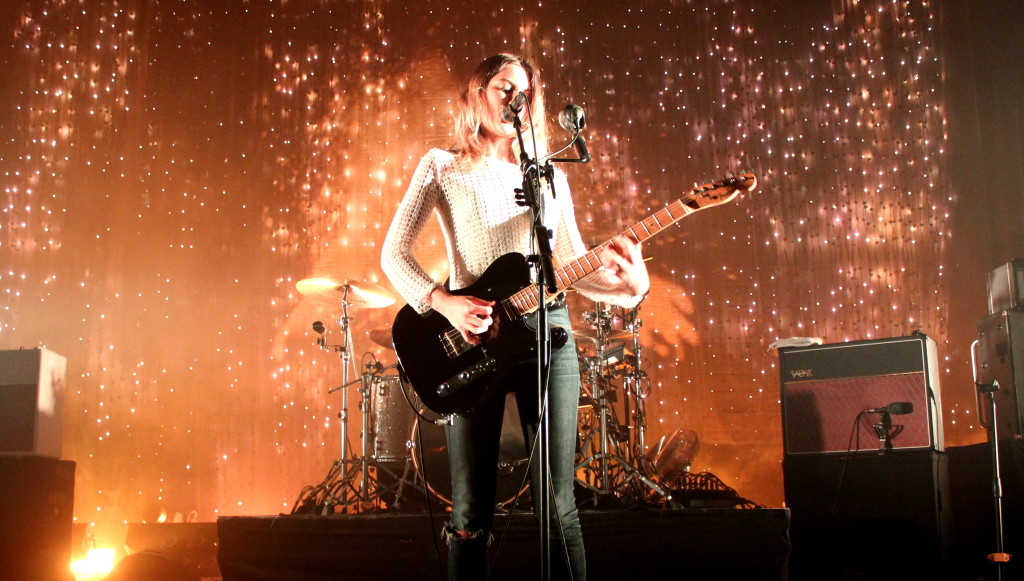 Ellie Rowsell is the lead singer and guitarist for Wolf Alice. (Photo by Dani Barge)

However, as the lead singer, much of the need for confidence and energy fell to Rowsell and it seemed as though the pressure may have been a bit much for her. Although seemingly ethereal, she was rather wooden – but, granted, singing into a microphone while playing guitar can be very restrictive on movement for any band.

Regardless, the audience was captivated by the music, the band members and well-executed stage lighting. They sang along and danced – some even started a mosh pit.

The joy of the crowd and the big sounds made Wolf Alice’s show the place to be in York that Thursday night. 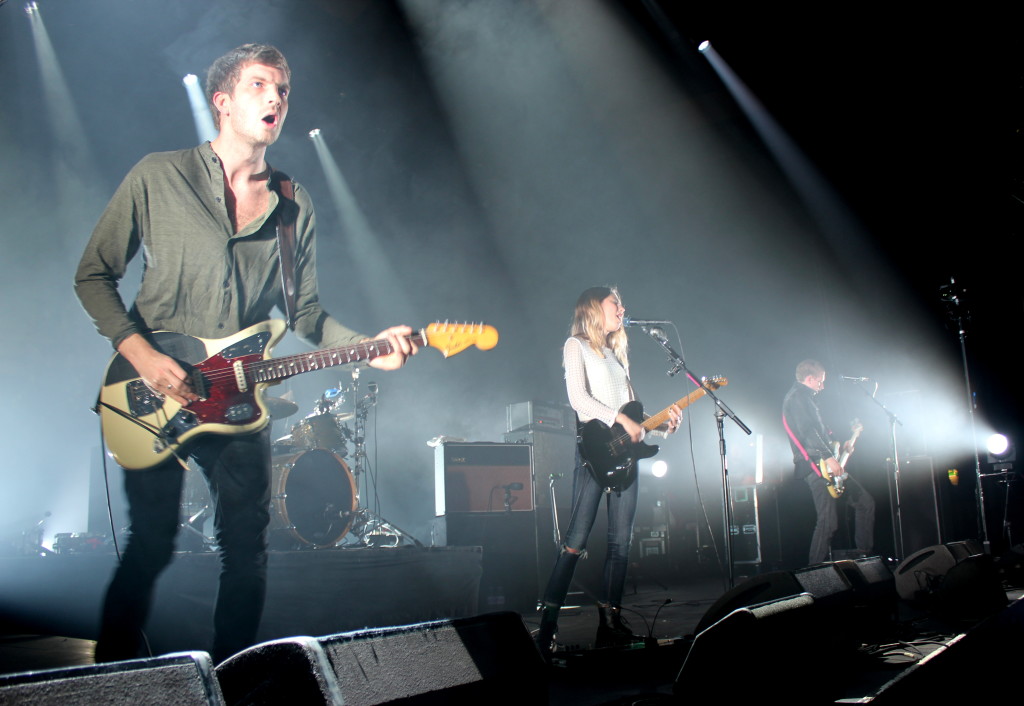