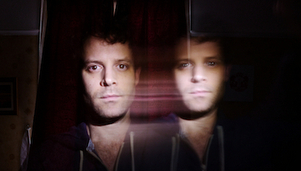 The Birdman Rallies will release their new album, Real River, on February 10th.

Baroque pop act from Harrogate and York The Birdman Rallies are set to release their new album, Real River.

To give fans a little taster of what’s to come, the group have made their new track, Dissolve Into The Black, available to download on Soundcloud.

The Birdman Rallies is made up of Daniel Webster on guitar, vocals and keyboard, Adam Westerman on guitar, keys, drums and vocals, Dave Armstrong on drums and Ash Johnson on bass.

During 2014, Real River was written, recorded and played almost completely by the band’s frontman and songwriter Daniel Webster. He put his love of both classic songwriting and raw expression into the creation of the album.

‘Jump into the real’

Daniel explains that each song on Real River takes a particular situation and then looks to explore that part of the world more deeply. Where did he get the ideas? He said: “Influences come from everywhere, everyday.”

Initially, Real River was not intended to be a full album, yet the ideas kept coming and an overall sound started to emerge.

In terms of where the album’s name came from, Daniel explained: “The title was taken from a lyric meaning to jump into the real rather than the metaphorical river; doing it rather than just talking about it.”

Daniel has been known for his musicianship in Harrogate and York for close to 20 years. Back in the 1990s he was part of a pop punk three-piece known as Wilma, which became the only Harrogate act to win Battle of the Bands at Fibbers. After that, he want on to be part of Flowered 3rd, Tigerbomb and eventually The Birdman Rallies.

Real River will be available to download from February 10th.