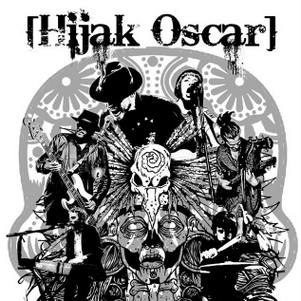 It’s been five years since York heard anything from Hijak Oscar. But the band is back with a new line up.

Tim Fox has made his return with the likes of Joel Whitaker from Asio’s Eyes, Alice Ostapjuk and Stuart Fletcher of We Could Be Astronauts.

Marking their comeback, Hijak Oscar will be playing at Fibbers on February 13th and revealed, in an interview with Soundsphere magazine, that they would be releasing some new material in the future. In time to get some festival slots, they hope.

Those who are familiar with Hijak Oscar may recognise the album BlackSheepMoneyBox and their self titled record. They may recall their gigs in York between 2005 and 2010 or shows further afield in cities like Leeds and London.

It was a very D.I.Y. project, and one that seemed to pay off well. Not only did they play shows up and down the country but their BlackSheepMoneyBox album made sales across Europe and North America.

Hijak Oscar were featured on a number of radio shows, including for the BBC. They also made some television appearances in 2007 as part of the Channel 4 show MobileAct Unsigned. The band left the show during the semi-finals of the show as they felt they had got what they wanted.

Although everything went silent on the Hijak front for five years starting in 2010, Tim told Soundsphere that it wasn’t really over, it was more that it was in a “deep slumber.”

With a nod to the old days of Hijak, the band will be selling a three-disc set at the Fibbers gig. This will include the first two albums and a demo disc.

Tim said that part of the ticket sales for the gig would be going to charity. Moving forward, he wants the band to do events that will promote charities, telling Soundsphere “it’s not about taking money, it’s about fucking being on it.”

As someone more familiar with the old style of the record industry, Tim says that it isn’t about making a lot of money nowadays.

“Anybody in a band that says that’s what it’s about, it ain’t about that anymore. I’m not really bothered about making money, I just want to go and play some music with some good musicians … Just go and play for the love,” he says.

It seems that Tim really does play for the love, whether he is playing with Hijak, working with the likes of Boss Caine and La Petit Mort or recording his solo material. His solo stuff has been making its way onto Soundcloud, some of which has had a bit of input from Joel Whitaker, and may be expanded into Hijak Oscar’s catalogue in the future.

Tim did admit to Soundsphere that he was saddened that some of the old members could not rejoin Hijak Oscar but added that he was very excited by the new line-up.

It’s not just the band that has got Tim excitied though, he describes York’s music scene as “on the verge of something” and expects to see in get more spotlight in 2015.

One Response to Hijak Oscar are back