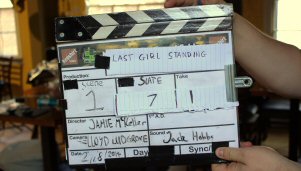 Arts York went to the filming of Last Girl Standing.

Those who are guilty of spending idle evenings browsing YouTube videos could do worse than to search for Red Shirt Films – a channel of comedy web series with York as the back drop.

Arts York went to 1331 for the filming of the pilot for Red Shirt Films’ newest creation, Last Girl Standing. The upstairs of the bar was cleared to become a make shift studio, with actors Jess Neale, Tara Muir and Matt Downton before lights, a microphone and a camera.

Efficiency and professionalism appeared to be the words of the day as the team used every minute working and using the space they had to the best of their ability.

“We don’t have the money to have a catering truck and space heaters and niceness,” said Jamie McKeller, owner of Red Shirt Films, talking during the break between filming. Though he stressed that keeping crew and actors happy and comfortable is vital.

Keeping crew comfortable is important at Red Shirt Films, so what happens when things don’t go to plan?

Jamie talked about filming one scene for I Am Tim:
“We were filming out in Scarborough about a year ago and suddenly an electrical storm came over from Whitby. People hid in a barn and watched it happen and it got to a point when we had to shut it down.”

The scene is due to be filmed early next year.

Comedy on the web

What Jamie’s company offers is quality shows filmed on a low budget with the minimum amount of crew members. He got the idea for Red Shirt Films when he saw web series start to appear and he and his colleague Lloyd Ludgrove decided to give it a whirl.

Since then, he has set up a YouTube channel with shows such as the horror comedy I am Tim, Knights of the Round Table and Nerfageddon – a comedy set in a war using nerf guns. There is also a feature film in the works but Jamie would not give any more detail than that.

Last Girl Standing had come up at short notice after a competition was announced on Daily Motion looking for a pilot, with the prize being funding for a web series. Jamie had had the script for some time, although the competition had sped up the process towards shooting.

“I think it has got a good chance but you have no idea what we are up against,” said Jamie, although he added that he thought it shared traits with previous winners.

As with other Red Shirt Films projects, having York as the setting is significant. Jamie explained that being based in London is not vital to the success of film companies anymore. Plus he has the beauty of York on the doorstep: “Its got a certain look that you can’t find in many cities.”

Whether it’s sci fi, war or horror, Jamie admits that comedy is a running theme for Red Shirt Films.

The reason is this: “We enjoy stuff that makes you feel quite a wide range of emotions,”

“Darker comedy can be more tragic.”

It isn’t all about the city’s look – Jamie also credited the community of filmmakers in York for the support and inspiration that they afford each other.

There are a range of projects at work in the city, whether it is advertorial or fiction and film nights to showcase these efforts. “It’s fascinating to see that people have chosen a totally different path.”

What also differs is the way that companies keep moving, with some seeking funding and others finding new ways to build an audience.

Jamie explained: “We are building an audience on the web and hopefully when it comes to making a feature film we needn’t have any funding.”

What he means is that money made and spent on RedShirt’s projects will come directly from the audience rather than bank loans and investors. Even so, the main drive behind Red Shirt Films is not money but fun.

Jamie said: “I have been doing this for five years … I wouldn’t still be doing it if I wasn’t having ridiculous amounts of fun.” 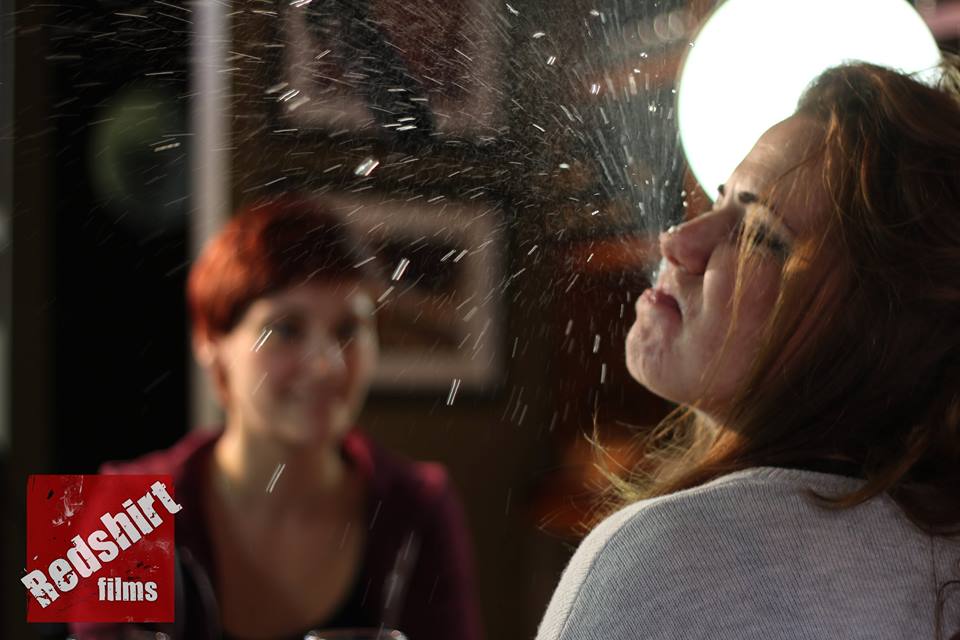