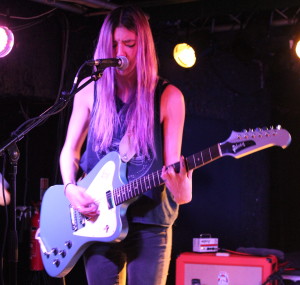 Queen Kwong’s brand of dirty rock combined with their intriguing stage presence is a privilege to see live. So when you get that along with alternative rockers LOOM and Fat Spatula at The Duchess in York, you get one awesome night.

Local act Fat Spatula took to the stage first and they seem to get better and better every time they play live. Their most stand-out tracks tend to have a happy, catchy feel to them but this set came across as a little more sombre and darker than usual – particularly their opening track – but in a good way. It seemed an intentional and effective change to fit in with the overall feel of the gig, given the style of the other two bands. Their songs were tight and varied so as to always keep the audience interested and moving to their music. York music fans who haven’t yet seen Fat Spatula should most certainly go see them as soon as they can.

Next up was LOOM, who took a more traditionally British approach to alternative rock. Their music had hints of The Cooper Temple Clause mixed with Black Rebel Motorcycle Club, while their vocalist Tarik Badwan had the air of a young and badass Richard Ashcroft. The band’s instrumentalists jerked and shook around, seeping coolness as they played, while Tarik stalked around the stage and the crowd. Their sound seemed dark and finely crafted to fit the exact style they wanted, although the set did get somewhat samey after a while. 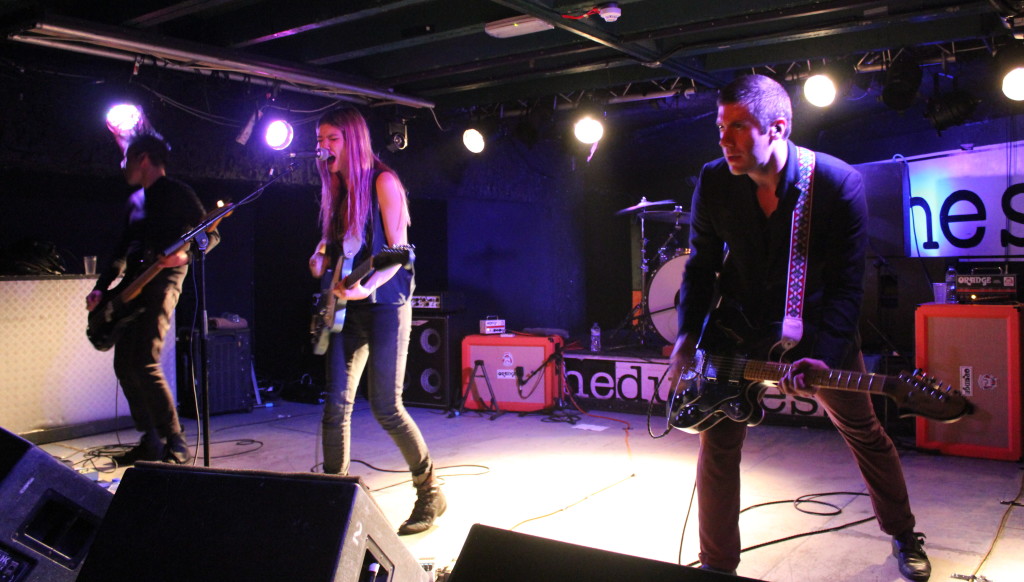 Queen Kwong at The Duchess (Photo by Dani Barge).

Queen Kwong’s short but brilliant set started pretty unexpectedly. There was no fading of the club’s music, no dimming of the stage lights, the drums just started pounding away as band members emerged on stage. Once it got going, the show was infectious, exciting and full of dark melodies and distortion. Band members’ experience showed in their performance style and in how tight everything was. Among their ranks was Limp Bizkit guitarist Wes Borland, who seems to have adopted an air of sophistication for Queen Kwong.

The main musician of the moment was the band’s singer and sole songwriter, Carré Callaway. She growled, screamed and sang at the audience, while moving like someone possessed. It’s easy to see from her performance, not to mention her music, why her talent caught the eyes and ears of industrial rock legend Trent Reznor, who gave her guidance and had her tour with Nine Inch Nails in her earlier years.

Music fans who like their alternative rock to have a heavy coating of melancholy would love Queen Kwong. Fingers crossed they’ll come back to York sometime.