Punks get a free night out in York 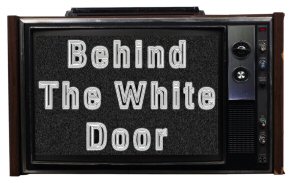 Behind the White Door runs exclusively at the Fulford Arms.

York has no shortage of gig venues or artists, the trouble is finding shows that suit what you want.

That was exactly what Dan Oliver Gott and Naomi Westerman thought when they set up Behind the White Door.

Running roughly once a month, Behind the White Door showcases punk bands for free from York and beyond.

“Our passion I guess is garage punk or garage rock and roll and we have been places, sometimes bigger cities where because it’s bigger you get more bands of similar genres playing together and we thought we’d love to get something like that going,” said Naomi.

As part of a punk band themselves, known as The Franceens, the pair know how tough it is for an act to start progressing. Using Behind the White Door, they wanted to make that easier.

Dan explained, “its something that me and Naomi came up with as a way for other bands like us to advertise themselves for gigs.”

Live punk in a raw setting

The night runs exclusively at the Fulford Arms and tends to feature two local acts alongside two others that The Franceens have come across while on tour.

Dan and Naomi are also joined by their drummer, Miles Morrison, at Behind the White Door to help with the PA and “all the technical rubbish”.

Although a PA and a small stage is all the venue has, that is exactly what the team like. An intimate place to play.

“There’s no big stage, there’s no crowd barriers, you’re just on top of the audience and that’s exactly how it should be,” Dan explained.

But how does a band go about getting a gig at Behind the White Door? Miles jokingly summed it up saying “Good song writing ability, good stage presence and they’re not tossers. That’s how you get a gig anywhere.”

Open to all good punk and rock and roll acts

And of course there’s knowing how to appeal to your audience, as Dan said, “anyone who kind of does punk, garage, rock and roll, anything like that can ask us for a gig and we’ll more than likely put them on if they’re good.”

“The only time we will turn somebody away is if they are not the genre we put on. It has to be kind of punk, rock and roll, garage, something like that.”

Giving people a place to go to listen to punk rock for free is exactly what Dan hopes to get from the night.

“I want people to basically associate [Behind the White Door] with decent hard working bands who will come through and completely play their heart out for you and you don’t have to pay to get in.”

Behind the White Door will be coming to the Fulford Arms next on October 12, featuring The Eviltones, The Franceens, The See No Evils and Freaks and Geeks.

The team are running three nights this month so it will be back again on October 18 with Berlin Black, Ten Foot Tom and The Leprosy Crooks, Pifco, One Way Street and again on October 31 with Dick Venom and The Terrortones, King Courgette, Surf Sluts, The High Hollers.

Tagged Behind the White Door, garage, punk, rock and roll, The Franceens, the Fulford Arms. Bookmark the permalink.