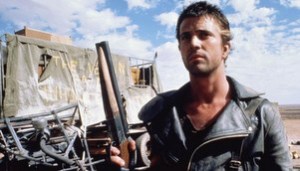 With the release of Mad Max: Fury Road just around the corner, City Screen are showing a double bill of Mad Max one and two.

Mad Max: Fury Road is due to arrive in UK cinemas on May 14th, starring Tom Hardy and Charlize Theron. For those who want to revisit the original two films before they watch the new instalment, the Mad Max double bill will be showing at City Screen on 13th May.

The original was released in 1979 and is set in a dystopian future in Australia. Law and order has broken down and the landscape is largely ruled by motorcycle gangs, while the Main Force Patrol attempt to uphold justice. Mel Gibson stars as policeman Max Rockatansky who is out for revenge after his partner, wife and son are all killed by a motorcycle gang.

Next in the series was Mad Max 2: The Road Warrior, which was released in 1981. Gibson plays Max again as he tries to help a group of settlers in a gasoline-rich community escape a group of bandits. While Max has become a hardened man, the film sees him reclaim his humanity.