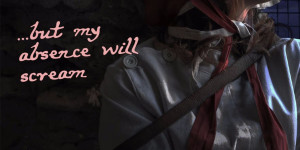 Lunds Court, formerly Mad Alice Lane, York, has been the inspiration of songs, tour guides and wild speculation. And now, true to York form, a play.

If you care to delve into York’s rich and chequered past, you may stumble upon the sad tale of Mad Alice…

“Poor Mad Alice Smith! Lund’s Court was her home until 1825 when she was taken to the castle and hanged for the ‘crime’ of insanity”

Upon closer inspection, one finds that York’s historical records do not corroborate with the documented story. In fact, no one called Alice Smith has ever been executed in York. So the mystery not only remains but in fact expands. It would seem that we know even less about Alice than we thought we did. So who was she? And why was she mad?

Directed by Laura Castle (Minster FM’s Breakfast Show) with Sound Design and live music during the performance by Alexander King (Wrens; The Supply Teacher) and Set Design by Paul Mason (Dogwalkers; Blood + Chocolate), the show promises to be a true homage to its atmospheric hometown. Having had a sneak peek at an early draft of the script, we can tell you that Delaney’s tentative investigation into one of York’s most intriguing historical women goes beyond the question of whether Mad Alice was fact or fiction.

Set in the White Swan Inn in 1825, Delaney’s script is based on research into local history, with a view to telling Alice’s story in as faithful and factual a way as possible. “How many woman across the years have been labelled by society as mad because the people around them didn’t care to take the time to understand them?” says the playwright.

“The legend of Mad Alice has always given more questions than answers. Alice was hanged in York castle in 1825 after an abusive and violent marriage. When she finally could take no more she killed her abuser by poisoning him. She was known as Mad Alice. She was hated then, and is feared now as a ghost that haunts Lunds Court. Her take has fascinated me, and for a long time I have felt the need to give her a voice, to allow her a reply.”

Mad Alice makes its world premiere at John Cooper Studio @41Monkgate, York on 16–19 October 2019, performances at 19:30 nightly plus a 14:30 Saturday matinee. Running time is approximately 90 minutes with no interval. Tickets are now on sale for £10 Standard / £8 Concession from www.ticketsource.co.uk/offtherockproductions.

£1 from every ticket sold will go to United Response which is a charity that supports people with learning disabilities and mental health needs to live in the community.