Life, death and love in An Interview in the Afterlife 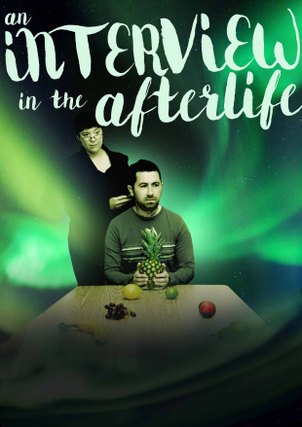 An Interview in the Afterlife comes to York this August.

An Interview in the Afterlife, an original play from Off the Rock Productions, is coming to York this August.

In this dark comedy we meet Stephen Thornton, a miserable man who gets the feeling that pretty much everything is against him, as he watches his life crumble around him.

Off the Rock show us how Stephen’s life is changed dramatically following the introduction of Farrington and Miranda. These new friends bring back into Stephen’s life both companionship and financial support, as well as some much-needed love and passion.

It seems to be that this might be a fantastic and exciting new chapter for Stephen. However, Ms Hope wonders whether this is really the case. Having been dead for over ninety years, she feels it’s about time to find out whether life is wasted on the living.

The play is written and directed by Off The Rock Productions’ founder Matthew Wignall, who set up the company in 2014 as an umbrella for his work’s first public showcase. Since then, Off The Rock has focussed on literary texts and original writing.

An Interview in the Afterlife will be performed at the Fleeting Arms from the 4th to the 6th August, at the Basement Bar on the 28th August and at the Parklands Galtres Festival in Duncombe Park on the 29th August

Please note: Off the Rock Productions advise that this production contains language which is not suitable for young children

Tagged An Interview in the Afterlife, Off The Rock Productions. Bookmark the permalink.