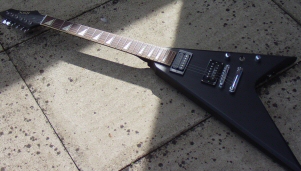 Although talent continues to emerge in York, bands are struggling to fill venues

Some will remember when York’s local music scene attracted a large crowd and lots of bands were emerging all the time. These days, attention to local music is falling fast.

Simon Dawson, bassist for long-standing metal group Pantheon, said “When I started going to live shows and especially when we were doing our first gigs in York, there were quite a number of budding bands of various levels on the scene which centred around the three main venues at that time, which were Fibbers … the Junction and Cert 18 … On the ‘flip’ side in recent years, last two at most, there has been a decline.”

Indeed, the Junction no longer hosts live music and Cert 18 has since changed hands, although it is still a live music venue under the name Stereo.

The reason for this isn’t that the bands aren’t there, nor is it that there aren’t enough venues. The problem lies in that the audience just aren’t there.

Joff Hall, manager and promotor at the live music venue The Duchess said “Whilst some genres … are currently thriving due to a wave of local talent, on the whole local artists are struggling to get a large audience to their shows. Whilst there seems to still be plenty of local gigging opportunities, due to venues’ desires to have full diaries, support for the bands appears to be dwindling.”

It’s not as if venues are reluctant to have local bands play either. When asked if they prefer to have touring bands, Joff said:

“A balance is important. Whilst touring bands with a national following helps boost the profile of the venue … it’s not always possible to fill the diary with just these shows. Having a mix between touring bands and local bands ensures plenty of events all year round and also supports the local scene and helps develop local talent.”

So why aren’t people going to see local acts? One reason that two local musicians have suggested is this:

If you want to show your support for York’s local scene, here’s a few bands worth checking out this month:

Can fans afford it?

“The problem is that people don’t have the time or money to come and support local bands,” said Carl Barker, guitarist for local metal band Terra Omnia.

The idea that money could be a reason for the missing audience is shared by Simon of Pantheon.

“A lot can be perhaps ‘blamed’ on the recent economy issues and harsh changes in pub licensing laws, which have forced up operating costs for venues and in turn forced up drinks prices and entry fees. This has in my opinion made young people and students, who make up a fair amount of people who go out, more reluctant to go out and spend money,” he said.

It need not be said here how inflation will have affected the price of the average gig-goer’s night out. That’s an issue affecting everyone.

However, while the audience for the local scene is getting smaller, the fact is that people are still going to gigs. Especially famous bands’ gigs.

“It seems people will only come out to see a ‘well known’ touring band. I recently paid £15 to see Paradise Lost at the Duchess and in all the years I have been going to gigs I have never seen so many people under one roof! People need to support local bands and come to gigs. If people can afford to spend £15 to stand for 4 hours getting pushed around and not being able to move, then they can spend a fiver and enjoy a local band,” said Carl of Terra Omnia.

How to draw crowds back in

Popular bands are still attracting a crowd. Many fans are willing to follow their favourite group or artist to nearby cities. So what can local acts do to bring in a crowd?

Joff Hall said “This is the million dollar question. A good online presence with some good quality recordings is always a start. After that it’s a case of getting creative with marketing and making live shows special and not over gigging.”

Carl and Simon agreed that bands’ marketing could make a difference to the local scene. On online presence, they had a thing or two to say about the effect of Facebook.

“Bands need to make more of an effort to promote their gigs, most people will just invite ‘Facebook friends’. Get on the street and dish out some flyers instead,” said Carl.

Not only do bands limit their audience by just using Facebook, they also make it easier for people to turn down an invitation, as Simon pointed out:

“Online resources such as Facebook have become a lot more central when advertising events as a band or a venue, but I think in some ways people have developed a much more laid back and less sincere attitude to expressing interest in attending a live music event, due to the less personal network it is,” he said.

Yet, while York’s local music scene is quiet for those not in the know, Simon thinks it still has a lot to offer.

“I don’t believe the slight decline has anything to do with the quality of the upcoming music in York and I’d still say its a very diverse city for it in comparison with other cities I’ve personally performed in,” he said.

If bands can encourage a steady following, and music fans can spare the time and money, perhaps York’s local music scene can thrive again.

2 Responses to Is local music dying?