Hyena Lounge and why timing a punchline is everything 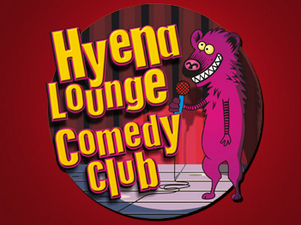 Hyena Lounge Comedy Club is on every weekend at The Duchess.

A great trait among comics is the ability to find the right moment to drop a punchline. Hyena Lounge Comedy Club saw comedians who do that well: Justin Moorhouse, Katie Mulgrew, Rory O’Hanlon and compere Danny McLoughlin.

Arts York has seen the Hyena Lounge Comedy Club posters bandied about for a while now so it seemed the right time to head down and see what it’s about. We visited on February 21st.

The night started out with the usual audience banter – or possibly bullying – from Danny McLoughlin, who quickly turned little bits of information about people into jokes and funny anecdotes. Considering how elaborate some of his stories were, it’s impressive how creative he is as a stand up comic. That’s assuming that his anecdotes are all off the cuff and he doesn’t just have a bunch of jokes stored up about cereal.

Justin Moorhouse’s set was one of those that looked at the world and everyday situations in a funny but bleak way. He talked negatively about the running of health services but from the point of view of someone with little knowledge of the way that it actually works. Such as explaining that the advantage of being a GP is that “you get a room with a bed,” which people may naturally disagree with. It seems to be a kind of self aware comedy where the performer makes themselves the joke.

Katie Mulgrew’s set revolved around a look at the world and the way that people act, with a lot of the humour formed from acting out the joke. Katie is great at using her body, facial expression and vocal tone to make comedy as well as creating pauses before dropping the punchline. She said that much of her stand up skills were gained from her father, 1970s and 1980s comedian Jimmy Cricket. Whatever he taught her, it seems that she was either an excellent student or someone with a natural flair.

Rory O’Hanlon’s skill lies in the ability to build up a joke, create a pause to ready you for the punchline and then say something completely different to what you thought – creating an even funnier joke than you expected. He’s great at making people laugh at him and his own characteristics, acting out the traits of people he’s seen in an exaggerated manner and giving an outlook on life that you secretly notice but hadn’t necessarily thought of as funny. That could be getting ready for a night out or some of the social differences between the English and the Irish – as he is originally from Ireland but is now based in London.

It’s ironic – or maybe intentional – to hear jokes about nights out in The Duchess, which is usually famed for being a bit of a grimy club. However, it turns out that it makes a great setting for a comedy club, with its tables for people to gather around, complete with red tablecloths and candles.

Hyena Lounge Comedy Club is on every week so there’s plenty of chance to see how this works for those who haven’t already been.