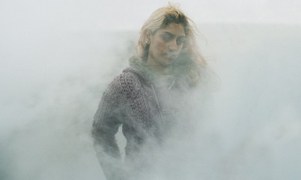 British thriller Catch Me Daddy is coming to City Screen. A dark tale set against the back drop of the Yorkshire Moors.

Audiences watch a teenage couple while they hide out in the countryside, trying to escape the girl’s bullying father.

British Pakistani punk Laila (Sameena Jabeen Ahmed) stays in a caravan with her white boyfriend Aaron (Conor McCarron) and from the start it seems that their escape is only temporary.

The couple spends their time listening to psychedelic rock and smoking marijuana. In the meantime, Laila earns a little money by sweeping floors at a local hairdressers.

Their fate seems to be catching up with them when two carloads of thugs, hired by Laila’s father, turn up in the area with plans to exact the honour killing. Among them are Laila’s brother Zaheer (Ali Ahmad).

This is the feature-length debut from British filmmakers David and Matthew Wolfe and it seems that this film will be an upsetting one. Previously, David has worked on music videos and award-winning advertisements for the likes of Plan B and Chase & Status.

Marketing manager for City Screen Dave Taylor said: “Set on the Yorkshire Moors, near where I used to live, Catch Me Daddy looks powerful, very striking, and is sure to become an Indie miserablist cult classic.”

The film will be showing at City Screen from March 6th, where they have made room for it by cancelling plans to show the American science fiction film Chappie.