How The Fleeting Arms could help York creatives 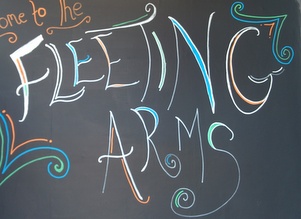 The Fleeting Arms is located at 54 Gillygate.

The Fleeting Arms has recently popped up on Gillygate as a new community arts space. Ben Porter of creative collective Plastic Fortune went down to make this video on what it’s all about.

Intended to act as a pop-up creative hub, The Fleeting Arms was acquired by performing arts group The Flanagan Collective on a temporary lease. It’s a project that took help from a large number of people – who are named on the board at the end of the video.

The venue is open to creative individuals and groups in York who could benefit from the free space, whether that’s for performances, rehearsals or as an art studio. It also houses a café and bar area.