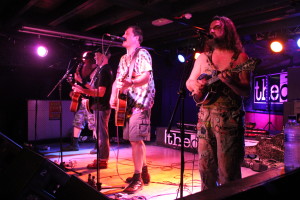 Hayssed Dixie at The Duchess

Rockgrass pioneers Hayseed Dixie brought about a kick ass evening of rock classics – hillbilly style – plus a few of their own hilarious tracks to The Duchess.

They were supported by hard rock act The Jokers, who brought a seemingly endless supply of energy and confidence to the stage – and floor – of the Duchess. Their music took elements of some of the greatest classic rock acts, like Aerosmith and AC/DC, put them together in their own style and executed it well. It’s questionable how many audience members knew who The Jokers were before the evening but, thanks to their stage presence and music, The Jokers had them in the palm of their hands by the end of their set.

Of course, Hayseed Dixie also had the audience in the palm of their hand almost as soon as they got up on stage. Firstly, because that’s who they had come to see, and secondly, because how can anyone not enjoy a good dose of comedy mixed with much-loved rock songs done in an unusual way?

Hayseed Dixie’s rockgrass – a term that they describe their music as – is naturally hilarious because rock and bluegrass feel so far removed from one another. Yet, as well as being funny, you have to appreciate how clever it is to adapt so many different, well-established songs, into a bluegrass style and keep them recognisable. 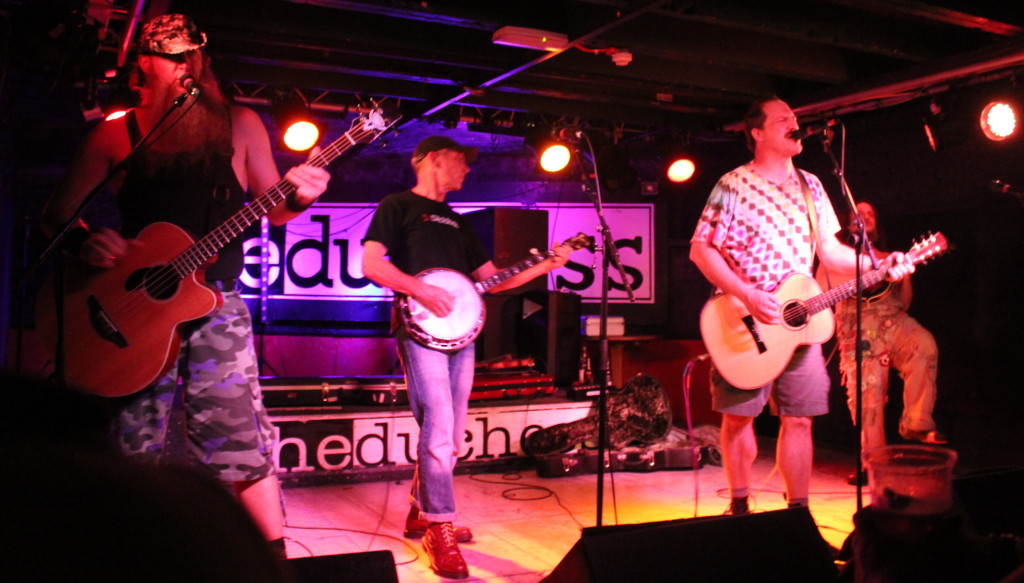 As their name might suggest – read it aloud if you don’t see why – they threw a few AC/DC covers in there. Other covers included Black Sabbath’s War Pigs, Journey’s Don’t Stop Believing and an ingenious rendition of Queen’s Bohemian Rhapsody. If you haven’t heard a hillbilly version of Bohemian Rhapsody, you haven’t lived.

They also did some covers of classical songs and a huge rock and pop medley, which featured the likes of Eagles’ Hotel California, George Michael’s Careless Whisper, Duran Duran’s Save a Prayer, Britney Spears’ Hit Me Baby One More Time and a heck of a lot more – creating one really, really long encore.

Yet they’re more than just a covers band, as they threw some of their own songs into their set. Among these was Keeping Your Poop In A Jar, which, lyrically, is exactly what you would expect.

Between songs, while band members altered the tuning of their instruments, frontman Barley Scotch called on the audience to drink more, made statements about how bad Coldplay are and told anecdotes about Britain. From a British perspective, it’s impressive when an American knows about how people living north of Nottingham use insults as terms of affection, about the geography of the north of England in general or when the University of York was built. He did give a shout out to reviewers, saying he wants us to know Hayseed Dixie are “educated rednecks”.

Well, these educated rednecks were plenty of fun to watch. A certainly refreshing take on a wide range of classic songs.