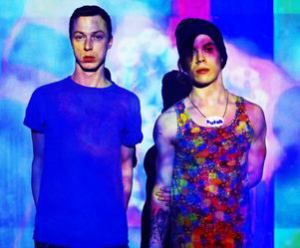 York-based electronic duo Haxby Swango have turned acoustic for a new video of a special rendition of their track The Trapezist Sees Everything.

This video featuring the acoustic version of The Trapezist Sees Everything has been put out ahead of the release of their new EP, The Lately Low, which is due out later in the year via Anonymous Records. What’s more, this EP is being mastered by Howie Weinberg, who has mastered releases for the likes of the Beastie Boys, Nirvana and Rush.

In the video to The Trapezist Sees Everything, Haxby Swango, who go under the monikers of Hutchy Swango and Jack Swango, sit in an alley jamming out their track while vintage images of a trapeze artist and the sea overlay their performance.

Take a look at their new video below.