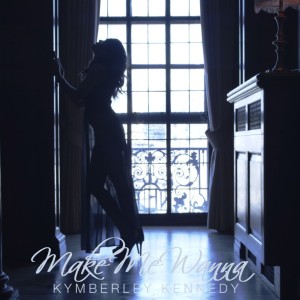 Kymberley Kennedy is set to release Make Me Wanna on 16th November.

The EP features a handful of tracks – Make Me Wanna, I Decide and DKM – which focus lyrically on sexual liberation. It also includes two remixes of the title track by Nick Thayer and Busta.

Kennedy describes the EP as “my uncompromising declaration of sexual liberation, dominion and exploration. I wanted to release this to reflect my self-assurance after coming to terms with a sexual assault by an ex-boyfriend.”

Her previous EP, Blackout, focussed on the sexual assault that Kennedy experienced.

The video to the song Make Me Wanna recently premiered on Vevo. It is filled with gothic imagery, with a scorpion crawling on the ground and what appears to be blood dripping down Kennedy’s face. Lighting is kept low as Kennedy dances around an old-fashioned building.

Kennedy is due to celebrate the release of the Make Me Wanna EP with a showcase in London at The Garage on 20th November.