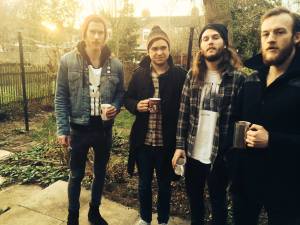 Hull and London-based post-hardcore act Late Night Fiction are about to release their new single, Flesh/Bones, and you can listen to it here first. It is due for release on 1st June.

Flesh is the lead track on the single, with a video due out on 15th June, and it is accompanied by the B-side Bones.

Late Night Fiction have been growing in popularity in the British alt-rock underground scene. They have toured with the likes of Twin Atlantic, Dinosaur Pileup, The Xcerts and Flood of Red.

They took a brief hiatus before getting back in the studio in 2014 to record Flesh/Bones and they’re currently writing their first full-length album. Over the coming months, they’re planning to book a UK tour.