The Boy in the Striped Pyjamas director does Q&A 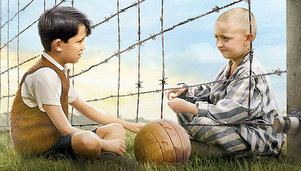 Mark Herman, director of The Boy in the Striped Pyjamas, will be leading a Q&A session.

City Screen is showing The Boy in the Striped Pyjamas, with director Mark Herman leading a question and answer session, to commemorate Holocaust Memorial Day.

This year sees the 70th anniversary of the liberation of Auschwitz-Birkenau and York Minster is holding a week of events in honour of the day, including The Boy in the Striped Pyjamas screening on the 28th.

The film is an adaptation of John Boyne’s novel with the same name. Told from the perspective an eight year old German boy, it offers a look at the effects of war on innocent people.

Bruno, played by Asa Butterfield, is the son of a Nazi commandant but unaware of the reality of World War II.

He befriends a Jewish boy named Shmuel, portrayed by Jack Scanlon, who is being held in a concentration camp. The two become close, despite the fact that they are separated by a barbed wire fence, yet their friendship has tragic consequences.

Herman will be introducing the film as well as taking questions about it. Of the director’s Q&A session, City Screen marketing manager Dave Taylor said: “It seems only right to have Mark Herman back at City Screen to mark the 70th anniversary of the liberation of Auschwitz-Birkenau.

“City Screen is further pleased to bring you this event in conjunction with York Minster.”