Britpoppers Cast come to The Duchess 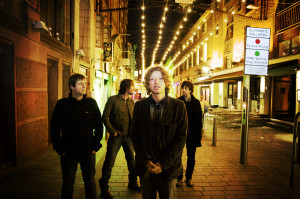 Following a growing trend for mid-90’s nostalgia, Britpop heavyweights Cast are embarking on a UK tour ahead of their 20th anniversary celebrations in February. With many of the venues already sold out, chances are The Duchess will be packed for their upcoming York gig on November 8th.

Formed in 1992 from the ashes of The La’s and Shack, they were signed to Polydor Records after touring with Elvis Costello and Oasis. Their 1995 debut album All Change was the best selling record for the Polydor label at the time, outstripping the likes of The Jimi Hendrix Experience, The Who and The Jam.

Produced by John Leckie, who had previously worked with The Verve, Radiohead and Stone Roses, they had ten Top 20 hits with anthemic tracks such as “Walkaway” and “Sandstorm”. Unique amongst other Britpop artists for their sing-along appeal and jangly mersey sound, their success paved the way for later Liverpudlian bands such as The Coral, The Zutons and The Dead 60’s.

By 1999, the Britpop era was drawing to a close and Cast’s contemporaries, such as Suede and Mansun, were experiencing faltering record sales. With the release of the third album Magic Hour, they enjoyed one last Top ten hit with “Beat Mama”, but momentum was lost, and in the years that followed the band split to pursue other musical endeavours, appearing on albums by Echo & The Bunnymen, Ian McCulloch and Robert Plant.

With new single Baby Blue Eyes available on Soundcloud, previous albums reissued and a currently untitled sixth album in the works, this tour serves as a timely reminder of the substantial contribution Cast made to Britpop.