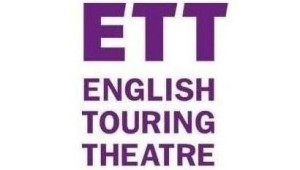 Bryony Lavery proves to be a master of matters of the heart with her tender adaptation of Brideshead Revisited – Evelyn Waugh’s examination of young love, family and faith.

Brian Ferguson plays narrator-protagonist Charles Ryder, subject of fascination of all the children of the enigmatic house of Lord and Lady Marchmain – they are played by Paul Shelley and Caroline Harker respectively. Sebastian Flyte, played by Christopher Simpson, is the first and most intoxicating, intoxicated love of Charles’s life, catching him with the typical charm of the family and leaving him stranded among the restless others.

Chris Madin’s soaring score and Sara Perks’s resourceful set combine seamlessly to create a safe space for the imagination; the audience are allowed to share in Charles’s nostalgic anecdotes while straying mildly into their own reminiscings. Black flats, gauze and microphones are shared around, becoming a confessional, a projector slideshow, and everything in between. A part of the play that is particularly enchanting is Charles and Julia’s lilting moment of intimacy at sea on swirling, sliding chairs.

The show is carried beautifully by the tight ensemble cast, including Nick Blakeley as Anthony Blanche, Father Mackay and Samgrass; Rosie Hilal as Julia Flyte; Samantha Lawson as Cara and Celia; Kiran Sonia Sawar as Cordelia Flyte and Shuna Snow in the impressive trio of Bridey Flyte, Kurt and Rex Mottram. The characters are lively and charismatic, and the audience is entirely swept up with Charles’s love for them.

Brideshead Revisited is touring venues throughout the country until 2nd July.