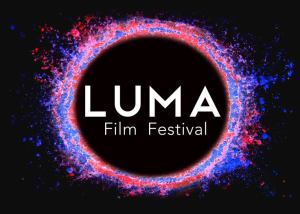 LUMA film festival is on at University of York on 13th and 14th June.

LUMA film festival is back with a range of talent and events. From film screenings to York alumni talking about how they got their directorial debut to workshops with industry experts.

The festival at University of York gives insight about the inner workings of the TV and film industry and screens film made by students. It was created by a group of film and TV production students in 2013 and was part of the University of York’s Festival of Ideas.

Now in its third year, there’s a lot to do at the 2015 LUMA Film Festival. Here’s five suggestions for things to see on Saturday 13th and Sunday 14th June.

York Alumnus Peter Webber is returning to the city where he studied to lead a talk on his experience in the film business and as a director. He made his directorial debut in 2003 with Girl with a Pearl Earring, starring Scarlett Johansson and Colin Firth. After the talk, his new film 10 Billion will be screened. This event is at 1:15pm in TFTV/Holbeck Cinema.

Mat Irvine, who has worked on the likes of Doctor Who, Tomorrow’s World, Edge of Darkness and more will be leading a masterclass on creating awesome visual effects. He’ll show a presentation drawing on his years of experience on visual effects in film and TV and will have copies of his book, BBC VFX, for sale. This masterclass is on 13th June at 12:00 noon in TFTV.

Some of the best bits about film are often the crazy stunts. How do the professionals do them? Leeds-based stunt company SG Action are hosting a stage fighting workshop, giving a little insight into how screen fighting works. The workshop is on 14th June at 2:15pm in the TFTV/Black Box venue.

Panel Discussion: Media Production in the North of England

It may seem that to work in media you need to go to London, yet there’s a lot of northern professionals who would disagree. Film and TV professionals, such as producers, executives, directors and entry level professionals working in the north will be joining in a panel discussion about the media production industry in this part of the country. Attendees can also pose their questions to the panel. It’s on 14th June at 5:00pm in TFTV/Holbeck Cinema.

LUMA is a festival led by students about film, so it’s only right to see some of the films they have made. The Gala Screenings are the best of the bunch submitted to LUMA. While all films sent in to the festival are screened, the ones that make up the Gala screenings are specially selected by a student jury. On both Saturday and Sunday, they are screened from 7pm at Holbeck Cinema. It’s free to enter but you must book in advance to ensure entry.