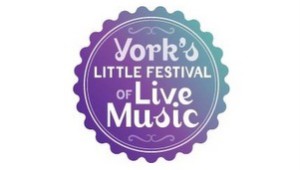 Local bands and musicians are urged to apply to be part of York’s Little Festival of Live Music 2016.

The festival, which fundraises for local community groups and charities, takes place in late September. Those interested in playing should apply by 5pm on March 31st.

It is a platform for both established and upcoming local talent to perform, while audiences of all ages have the opportunity to see different styles of live music for free. Last year’s festival included the likes of Boss Caine, Alice Ostapjuk, Kymberley Kennedy and Vesper Walk.

Festival organiser Ellen Cole said that she is particularly keen to receive applications from folk and acoustic acts.

She said of the festival: “I am overwhelmed with how far the festival has evolved since 2013. We work really hard to offer audiences the opportunity to see all different types of music whether that be opera, surf, pop rock and even jazz or blues. We always go out of our way to help musicians and, of course, have a good time ourselves, once the festival is in full swing.”

The Bronze’s singer, Holly Taymer, said of last year’s festival: “York’s Little Festival of Live Music gave us the opportunity to play to a large, appreciative crowd of music-lovers in a great space in central York. We came away feeling happy, having sold plenty of CDs and hopefully gained a few new fans! It felt so good to be part of an event which celebrates great unsigned music. I would heartily encourage other musicians and groups to apply to be part of the 2016 event.”

To apply to take part in the festival, email [email protected] with information about your band and links to your music.