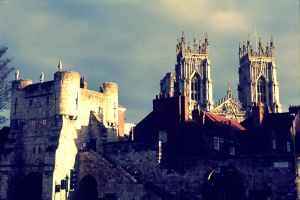 UNESCO designated York as a City of Media Arts.

York has been recognised on the international stage for its creativity and innovation as UNESCO designated it as a City of Media Arts.

It was announced on December 1st by director general of UNESCO Irina Bokova that York would join the Creative Cities Network, therefore recognising the involvement of all creative people in York’s digital arts sector – from film producers to online publishers.

What’s next for creative people in York?

Next on the agenda is to put a plan into action for 2015/16 for designation which will encourage people to get more involved with and enjoy the range of arts there are in York.

Among the projects that will benefit from the title of City of Media Arts are plans to create a Digital and Media Arts Centre within the Guildhall and there will be a new drive to get sponsorship for media arts events – this will help to support its already popular festivals.

York will be able to compare and gather thought leadership from other member cities of the Creative Network to influence its own plans. It will also build its reputation as an inventive place that promotes the diversity of people, ideas and cultures.

There are four themes that have been outlined as immediate priorities for York as outlined by the City of Media Arts website.

How to become a City of Media Arts

Among the other cities that carry the City of Media Arts accolade are Tel Aviv-Yafo in Israel, Lyon in France, Sapporo in Japan and Gwangju in South Korea.

To gain this status, cities have to show that cultural and creative industries are developing with the help of digital technology. They also need to demonstrate that media arts have been successfully integrated and are helping to improve urban life. Electronic art forms that seek the involvement of the civil society need to be involved. Digital technology development needs to offer wider access to culture and there must be residency programmes and studio spaces for media artists.

It is unsurprising that York gained this status, then, given that creative and digital businesses are proving to be the largest growth area in York’s economy.

Who made this happen?

There was a lot of support for the bid to make York into a UNESCO City of Media Arts, from media groups, creative organisations, cultural institutions, councillors and more.

Among those who added their support was Matt Lazenby of the creative agency Lazenby Brown, who Tweeted Arts York to say that he hopes the city’s designation will help to address a balance between the “lovely old stuff and” the “new stuff”.

He and Lazenby Brown are closely involved with the project, including designing the logo for York UNESCO City of Media Arts.