What does the new Fibbers mean to local music? 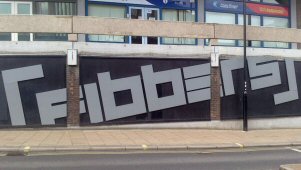 After more than 20 years, Fibbers has moved out of Stonebow House.

After more than 20 years at Stonebow House, the gig venue Fibbers has relocated to Toft Green. The question is, what does this mean for York’s local music scene?

Moving to the new venue means an increase in size from old Fibbers, which could hold 450 people. But it isn’t quite as big as the Barbican, which takes crowds of up to 1,700 people. Having already shifted over to the new venue, bands such as Peter Hook & The Light have already had a chance to take to the new Fibbers’ stage.

The decision came as Fibbers’ owners were unable to agree to new terms with their landlord, while the future of Stonebow House is very much in question. So the gig venue was relocated immediately, replacing what was the Tokyo nightclub.

Speaking to Arts York about how the change has been received so far, independent booker Tim Hornsby, who opened Fibbers in 1992, said: “I’ve been amazed. I stand on the front door or man the cashier’s desk, so I actually get to hear what people really think rather than get my opinions from social media. Shocked and stunned at how positive people have been would be an understatement – and the place hasn’t even been properly fitted out yet. And that’s across the board as well – the metal crowd, the older prog crowd, the acoustic crowd (on a £25 ticket show no less) and the indies as well.”

What do the fans think?

Indeed, readers of Arts York also felt hopeful about the change. Local musician Benjamin Sherwood commented: “Tokyo is a better building, last time I was at a club night there I considered it’d make a great venue.”

Yet questions are likely to arise about how this move will affect the chance for local bands to play there. 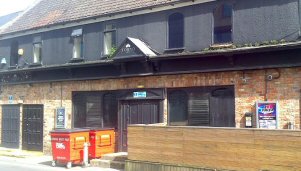 Fibbers has now been moved to the nightclub on Toft Green formerly known as Tokyo.

Tim said that there will still be space for them at new Fibbers but that this is an area that could be tricky: “I’ve always worked with, and supported, local bands and this will not change. Concerning slots with touring bands, the situation is always that, where the promoter is able to get a local band on the bill, suggestions have to be submitted to the band management or agent for approval. At this level, the ‘local band approval’ has only been in real force for around ten years and can be a source of friction between promoters and agents.”

Certainly, some local bands felt that they had been unable to get the chance to play at Fibbers even before it moved to the new venue.

Matt Dawson of local metal band Pantheon said: “Being honest, for me Fibbers has felt out of touch with local bands since it had a revamp about five years ago. Venue hire charges made it unfeasible as a local band venue and its support on the promo front for metal bands has never been great.”

Similarly, Dan Oliver Gott of punk act The Franceens said: “The Franceens do not wish to be associated with Fibbers, Tokyo, or any other of that plastic shite.”

Yet there was still a feeling that the new venue was a good move for Fibbers, as Matt added: “The York metal scene from my perspective still needs a new home. However, I think there is also a need in York for a medium sized venue for touring bands, which the new Fibbers will satisfy.”

In August, the venue will be closing for refurbishment as a new stage is due to be put in. Tim said that all the gigs booked at Fibbers for this time have either been rescheduled or moved to a different venue.

One Response to What does the new Fibbers mean to local music?