Theatre with a difference comes to Galtres 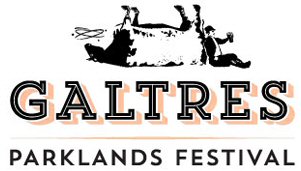 Galtres Parklands Festival will feature a host of local musicians.

Musicians won’t be getting all the limelight at Galtres Parklands Festival next week as performing arts talent take to the stage too.

On the lineup are comedians, theatre troupes, dancers, poets and performance artists both from York and further afield.

But why mix theatre in at a live music festival? PR manager Pete Wise explains: “There’s more to life than music! All except the most die-hard music lovers probably don’t want to spend the entirety of their weekend listening to music.”

There are a handful of stages housing performing arts across the weekend. Among those is the Galleon stage, styled to look like a ship, which is now in its second year at Galtres. New for 2014, The Snapping Turtle promises spoken word, theatre and storytelling. There is also the Rydale ArtsBar, where festival goers can take a seat and watch some theatre, cabaret, stand up and more.

Ones to watch at Galtres

Henry Raby is well known around York for his punk poetry. He’s been spotted at festivals, open mics, literature and poetry events all over the country, with Galtres as his next stop.

Four Shadows Theatre will be performing a variation on the Hans Christian Anderson fairy tale The Red Shoes. The trio will also host a workshop to teach viewers one of the dances from the show.

Phoenix Puppets tell stories from around the world to the sound of live music. As the name suggests, they use puppets to spread their tales.

Craig Perkinton teaches singing for Tread the Boards Academy of Performing Arts and, at Galtres, will teach festival goers a number from Fame. They will get the chance to perform what they have learned at the end.

Pete said: “Our performing arts stages and slots have all been curated by really active members of the live arts community, including York Theatre Royal and punk poet Henry Raby. We’re delighted with the performers they’ve picked!”

Among the curators are Helmsley Arts Centre, which will host a mix of spoken word and music from local artists, emerging players and bigger acts on the Saturday in the Ryedale ArtsBar.

Another is On Our Turf – an initiative led by York Theatre Royal that takes the arts across Yorkshire. It will be hosting theatre, storytelling, poetry, dance and other activities in the Ryedale Arts Bar on Sunday.

SLAP offers alternative performance from both local performers and those from further afield. It presents dance, theatre and live art on the Galleon stage. Festival goers should keep their eyes peeled for SLAP walkabout acts too.

There’s also The Laughing Ox, which will host comedians at the Little Top each night.

Galtres Parklands Festival runs from August 22nd to 24th at Duncombe Park in Helmsley. Tickets can be booked via the website.