The Go! Team: high energy and upbeat songs at The Duchess 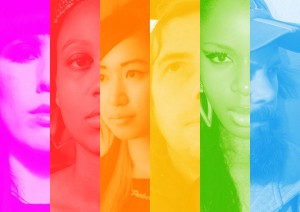 The Go! Team brought high energy and upbeat music to The Duchess.

A small venue, The Duchess might be, but a small-venue performance, The Go! Team’s one off show in York was not. With a myriad of instruments at their disposal, they came well equipped to wow the audience with their own style of upbeat music.

York’s own indie-pop duo JUNK started the night off on the right foot. A brilliant choice for a support as their uplifting songs compliment that of The Go! Team’s well. The pair have been picking up steam lately, gigging in York and in other cities and it’s easy to see why people are keen to get behind them.

Despite the fact that they use only electric guitar, drums and vocals, they create a full sound. Their music is reminiscent of Best Coast, crossed with Yeah Yeah Yeahs and She & Him. Lyrically, their songs seem to cover subject matter like partying and relationships. It’s fun, easy to listen to and would be great on a festival stage in summer.

As soon as The Go! Team began to assemble on stage, they inspired curiosity within the crowd. Everyone stood up from the benches and stools and moved away from the pillars they were leaning on to assemble in front of the stage.

While the sound started to build and rapper Ninja announced “the power is on”, the group exploded into a high energy performance. There was guitar, bass, synth, Ninja’s powerful rapping and dancing and two drummers really going for it – a brilliant spectacle to watch. 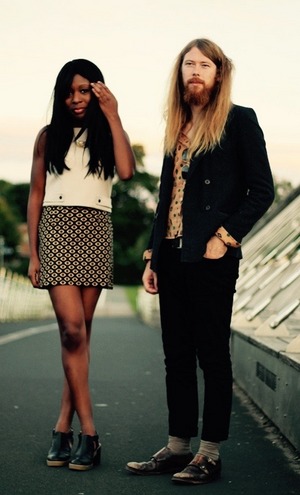 Throughout the set, band members swapped instruments and brought new ones into the fold. They had tambourines, melodicas, a banjo, a harmonica, recorders and plenty more wacky choices.

In case that wasn’t fun enough to watch, they had projectors going the whole time of moving, psychedelic colours in the style of the cover of their new album, The Scene Between.

For those unfamiliar with The Go! Team, their music sounds like a soundtrack to an upbeat anime, with elements of hip hop, rock, pop, electro and more. Despite the differences of these genres, the group fuse them together effortlessly.

Unfortunately, there were a few technical problems in the set as it seemed some of the microphones weren’t working. It was difficult to hear the band’s signature vocal harmonies, which was probably pretty nerve-racking for them. Nevertheless, they still threw down a brilliant show and worked really well with what they had.

With their innovative songs and excellent performance, it’s no surprise that The Go! Team were once nominated for the Mercury Prize. No doubt they will wow audiences when they head to Japan in the next few weeks and here’s hoping they come back to York in the future to wow us again.