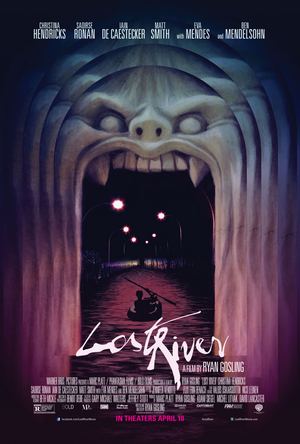 Ryan Gosling will be taking questions via satellite after a preview of his directorial debut, Lost River, on April 9th.

The film will be showing at City Screen in York. Afterwards, Gosling and Matt Smith, who plays the role of Bully, will be taking questions from The Ritzy in Brixton.

Lost River follows a mother called Billy, played by Christina Hendricks, who is raising her two sons in a run down town. To make ends meet, she gets drawn into a dark lifestyle. Meanwhile, her eldest son, Bones, played by Iain De Caestecker, finds a road that leads him into a secret town underwater. While his mother is away, Bones gets into a fight with Bully, who is widely feared in the area where Bones’ family lives.

The film was screened at the 2014 Cannes Film Festival as part of the Un Certain Regard section. Gosling himself stays behind the camera for this film.

Smith is a far cry from his most recognisable role as Doctor Who, instead he appears muscular and with a shaved head in the film. Adding to the star studded cast are Eva Mendes as Cat and Saoirse Ronan as Rat.

The soundtrack is composed by Johnny Jewel, who released the Original Motion Picture Soundtrack on his label Italians Do It Better. It features music by Chromatics, Glass Candy, Desire and Symmetry as well as songs from the film’s actors Ronan and Ben Mendelsohn.

Tickets for the film screening and the Q&A are available from City Screen and its website. The showing is at 19:30.