Losers, Rosie and Paris XY tear up The Duchess 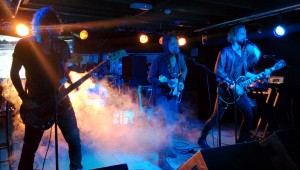 A night of chilling synth sounds, heavy guitar and drums descended upon The Duchess from international act Losers, with a little help from Yorkshire gems Paris XY and Rosie.

The three bands were assembled in a gig planned by the Northern-based Soundsphere magazine, which showed off Losers as one of the greatest new acts to come to electronic rock. They were complimented well by Rosie and Paris XY. 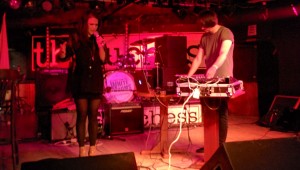 This Leeds duo kicked off the night, filling the venue with their atmospheric electro sound. Singer Alice Smith’s haunting vocals and movements made a great accompaniment to James Orvis’ spine tingling samples.

It would be interesting to see the pair on a stage with more minimal lights and some surreal stage props to back them up.

In direct contrast, Pateley Bridge band Rosie were far more up beat as they hit the audience with their own mixture of electro and punk rock.

Their tongue in cheek music meant the crowd could not stop their heads from bobbing in time and some even broke into dance. Even though, in true punk style, they confessed to not knowing one or two of their own songs properly. 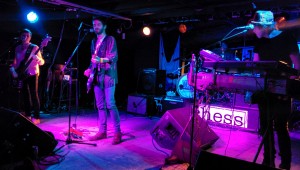 For those with any fleeting memories of the 90s, the band’s closing mash up of I Like to Move it and Kernkraft 400 will no doubt have made them smile.

Next came a hard-hitting concoction of industrial, electrohouse and experimental rock that comes under the name Losers. A somewhat star-studded line-up makes up this band and their extensive experince in producing music and putting on a great live show certainly came through. 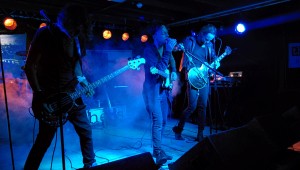 They shook listeners to the core with their soul-stirring track DNA, expelled inhuman levels of energy to their “pop song” Oblivion and, for anyone who already know the band’s music, filled hearts with joy when they unleashed Azan at the end.

While The Duchess may appear a modest stage, these guys gave it the same level of power and made sure they had the same impeccable sound that you would expect from a festival. They made the venue theirs.

After the live music ended, the madness was not yet over. The Prodigy’s Rob Holliday took away the rest of the night for the guests that remained and club-goers that came in with his only DJ set of the year.