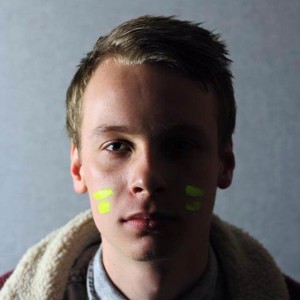 Jack Spring is one young film director who is not afraid to take some bold steps to get to where he wants to be.

He has directed adverts, feature films, documentaries and music videos, he has been mentored by the likes of established filmmakers Scott Elliot and Sid Sadowskyj and all without a formal education.

The 19-year-old chose to quit university in favour of getting more real world experience, which he says was “the best decision of my life”. He said: “At university I paid £9,000 a year to write an essay and learn from distinctly uninspiring lecturers about things that didn’t really help me become a better film director. I always learned a lot more by actually making films, so I thought I’d do that full time.”

While, for many young people, university seems to be the best place to get a foot in the door of the industry they want to work in, Jack says that film is not like that. However, he is not sure whether many other industries are the same.

Indeed, Jack seems to have had no problem in getting work done in the film industry. A few adverts that he directed have been released over the last few months of 2015. His film, The People Craig Abigail Knows, is out on 3rd December and another one he’s filming, Destination: Dewsbury, is due to be released in 2017. Already, 2016 is looking to be a busy time for Jack as he will be directing more feature films and two documentaries.

Is age just a number?

When asked whether his age affects his career as a film director, Jack said that it could be a bonus but also a hindrance.

“There’s probably two ways to look at it. Some people absolutely love having a young director on board, it usually brings a breath of fresh air to a project. To be honest, there’s not too many directors my age around, so I think people like the change. The other side of being so young is that you do find people who are scared by the fact I’m a bit younger – it’s usually producers and financers – but I’d say being young is an exciting advantage.”

Jack started on his career path as a child, drawing inspiration from his father, who used to make stop-motion films with him. Later, Jack moved on to making short films and the parents of one of his friends, Elva Makins and Jack Pinder, acted in some of his early work. Jack said he didn’t think he would still be making films if it were not for their help but that, these days, film-making is something that comes naturally to him.

Earlier in 2015, he met Scott Elliott and Sid Sadowskyj, who are currently working on the feature film Scott and Sid. Jack said that the pair had been highly inspirational to him and have “revolutionised” the way he thinks.

He says that he will sign on to a television advertising agency when the time is right but, for now, he will continue working with York-based production company Wilde International and making feature films.

Either way, he says feature films are where his heart lies.