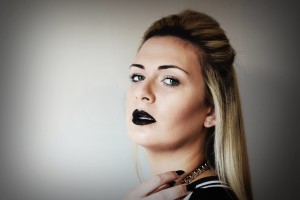 Skinner is a Leeds-based electro-pop and RnB act.

Along with the title track, the single also contains the song I Don’t Care. Skinner’s songs mix electro and RnB sounds with soulful vocals, inspired by the likes of Paloma Faith, AlunaGeorge and Lauren Hill.

In terms of the lyrics on Dangerous Game, Skinner – real name Katie Ellen Skinner – said: “Dangerous Game is about having an illicit affair with someone, knowing there is a high chance that you’ll get caught out, but conveying how the ‘danger’ of the situation only makes it more thrilling. It’s completely fictional, I wanted to write something exciting and dangerous, hence the concept grew in my head.”

Skinner signed to Anonymous Records in July 2015. She’s set to play the BBC Introducing stage at Leeds and Reading Festivals on 28th and 30th August.

She also did vocals for Yorkshire House music producer Dale Castell on the track This Game. Have a listen below.

Dangerous Game is out on September 7th.