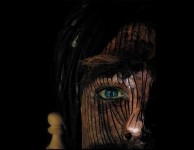 The Turk was a popular touring attraction of the late eighteenth century, until its destruction in 1854; an automaton fashioned in the garb of a mysterious Turk that challenged people to games of chess, winning the vast majority of them. Older readers may remember it being discussed on the children’s TV programme How, and it more recently was discussed on an episode of QI (in the H series, but identifying the episode title would be a huge spoiler). Continue reading →